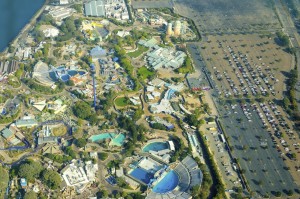 Have you ever visited Seaworld? Are you pro or against it? Can you qualify yourself as a conservationist who has a strong affinity for the sea and its natural inhabitants?

Theme parks like Seaworld are never perfect. But for some reasons, we should believe that they are also not hotbeds of brutality. Right now, they are considered to be the most visible targets for activists. A lot of people, both tourists and even artists, are starting to boycott Seaworld.

Management of theme parks would say that caring for these sea creatures and teaching them to live and mingle with humans would mean no harm. For them it is not cruel to train an animal to become more intelligent and show their abilities to a huge crowd. It is in fact good to help these creatures develop their knowledge and skills further. They need something to do to prevent them from becoming sick and depressed.

Perhaps the intentions are good and they do mean well, but there are a lot of things and situations that are happening to the animals inside their “homes” with humans that prompts activists to request for the release of these mammals immediately.

The Use of Black Zinc Oxide

At Seaworld, orcas spend long hours floating listlessly under a blistering heat of the sun. In their natural habitat, they would submerge deep into the water to find shade. However, at Seaworld, their tanks are too shallow. The deepest of them all only measures around 40 feet deep, not enough to give them protection from the harmful ways of the sun. And because they always get sunburns, people from Seaworld would normally use Black Zinc Oxide, an unhealthy substance, to cover them up during shows.

As proven by researches, orcas should have a natural life expectancy of around 30-50 years. Others can even live as long as 70 years for males and 100 years for females. However, those who were captured and lived in a controlled environment have a median age of only 9 years. See how big is the difference?

The Danger of Having Collapsed Dorsal Fins

Captivated male orcas would have collapsed dorsal fins like that of the adults. This is not good. Theme parks would always claim that this is a just normal. But actually, it is not. This is rarely seen in the wild. Only a small percentage of male orcas have natural collapsed fins.

Trainers Are Not Biologists

In contrast to what most of us think, trainers didn’t have a formal education in biology. Their main goal is to just care for the animals superficially and to entertain people and keep up a good show.

Theme parks like Seaworld confine animals that normally swim a hundred miles per day. The size of the tanks or aquariums would just mean like a bathtub for them.

Seaworld boasts itself as a family oriented establishment that gives fun and educational shows. But, the things that they do are actually harmful for the animals not just physically, but also emotionally. Though they have enough funds and plans to perhaps improve their sanctuaries, nothing still compares to the natural habitat of these wonderful sea creatures, where they could enjoy the waves, communicate and feel their loved ones, and engage in natural activities or behaviour that they are now being deprived of.

Failure to Follow the Standards and Care for the Animals

Last 2012, the USDA released a warning to Seaworld San Antonio because of its non-compliance with their request to secure proper placement of drain covers to avoid entrapment. This kind of incident has already killed a sea lion.

In 2013, after PETA complained about the incident involving a kid who had been attacked by a dolphin, the USDA has discovered several violations of the Animal Welfare Act. The company is using expired materials for surgery. Tanks are not being repaired and are rusty, which poses risks to the animals. There were cracks in the pool and these pieces of construction materials can be ingested accidentally or if they are sharp and pointed, can cut a body part of the animal. Cleaning and disinfecting of wounds are likewise not observed during the investigations.

People from theme parks would always say that they love these animals. They look after them every single day not only because of money and work, but because they really care. But if we truly like to be concerned and respectful to these creatures, it seems that that the very first thing we should do is to stop capturing and selling them. We could still admire and love them by just watching them over the sea. Perhaps it is right and just to restrict the separation of these animals to their loved ones and home. No matter how hard we try setting new benchmarks for the size of their tanks and the way they should be treated, nothing will ever beat the life that they have in the wild.

Want to join the discussion?
Feel free to contribute! 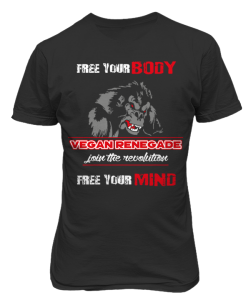 Nuts and Your Health – Must Know!
Scroll to top

We may request cookies to be set on your device. We use cookies to let us know when you visit our websites, how you interact with us, to enrich your user experience, and to customize your relationship with our website.

Click on the different category headings to find out more. You can also change some of your preferences. Note that blocking some types of cookies may impact your experience on our websites and the services we are able to offer.

These cookies are strictly necessary to provide you with services available through our website and to use some of its features.

Because these cookies are strictly necessary to deliver the website, you cannot refuse them without impacting how our site functions. You can block or delete them by changing your browser settings and force blocking all cookies on this website.

These cookies collect information that is used either in aggregate form to help us understand how our website is being used or how effective our marketing campaigns are, or to help us customize our website and application for you in order to enhance your experience.

If you do not want that we track your visist to our site you can disable tracking in your browser here:

We also use different external services like Google Webfonts, Google Maps and external Video providers. Since these providers may collect personal data like your IP address we allow you to block them here. Please be aware that this might heavily reduce the functionality and appearance of our site. Changes will take effect once you reload the page.